“Zuber’s Homestead Hotel”  Where does that name come from?

“Didn’t this used to be a restaurant?”

“Why is there a baseball theme in parts of this place?”

All of these are questions we hear frequently and are more than happy to answer.

This building was built in 1862 as the Homestead Hotel.  It housed many people who stopped off in Homestead as they traveled by train.  Bill Zuber was born in Middle Amana in 1913.  During this time in the Amana Colonies, sports of any kind were not permitted.  However as the years went along, baseball teams came to be formed in each of the seven villages.  Each village also created a baseball diamond. It soon came to be that every Sunday afternoon there was a baseball game and teams from nearby towns such as Norway and Walford came to play on a regular basis.  According to Cliff Trumpold in his book about Bill Zuber, Bill did not throw a baseball until age twelve and did not see a game until he was fourteen.  Bill began his baseball career playing 3rd base and was a “feared hitter”.  Bill had a strong arm and soon began taking his turn on the mound.  However, he did not have control over his pitches, often hitting as many batters as he threw wild balls.  At age 17, Bill was discovered by C.C. Slapnicka, a scout for the Cleveland Indians.  The story goes that the day Slapnicka came to talk to Bill, he was on the porch with his Aunt who was cleaning onions.  Slapnicka picked up an onion the approximate size and weight of a baseball and asked Bill to throw it to hit the barn “some 250 feet away”.  Rather than hitting the target of the barn door, Bill’s pitch went over the barn. This however did not deter his career in baseball.  A brief overview of his career is as follows:  1932- Cedar Rapids Bunnies, 1934 – Cleveland Indians, 1941 – Washington Senators, 1943 New York Yankees (where he pitched in the 4th game of the World Series between the Yankees and St. Louis Cardinals), 1946 – Boston Red Sox (pitching in the 1946 World Series between the Red Sox and the Cardinals).  1948 Bill injured his pitching arm and retired.

In 1949, Bill and Connie Zuber purchased the Homestead Hotel and created Bill Zuber’s Restaurant. The restaurant was famous for Amana food served family style.  Some of the specialties were oven-baked steak, pickled Amana ham, country-style chicken, Wiener schnitzel, and pies.  Bill was very friendly and welcoming to all guests. Bill, Connie, their family and staff provided memorable experiences at Zuber’s Restaurant through the quality of their food and friendly service.  Many, many people have fond memories of eating at Zuber’s and talking with Bill.  Zuber’s restaurant closed in 2004.  To this day, we will have at least one phone call or someone stopping by once a week asking if this is still the Zuber’s Restaurant they remember.  Sadly we have to tell them that it closed in 2004.

So many people have such great memories! 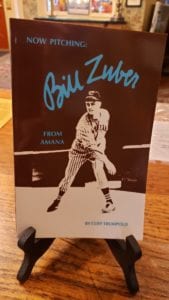 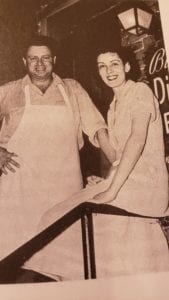 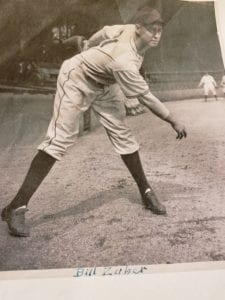 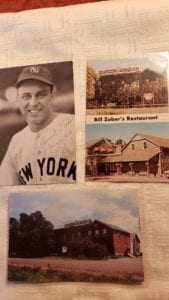 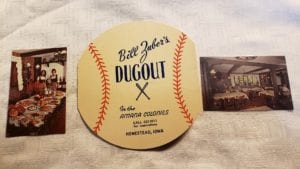 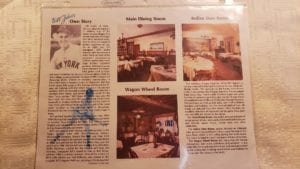